THE REAL CHALLENGE OF OUR FAITH IS…

“The Real Test Of Our Faith Is Not In The Good Times But In The Bad Times.”
– O.W. Prince
KEEP LOOKING UP!

KEEPING IT REAL! (From the FaceBook Group “Keeping It Real.”

OPPORTUNITIES MAY BE ONLY FOR A MOMENT BUT REGRET CAN BE A LIFETIME.

HERE ARE JUST A FEW CRUMBS OF WISDOM

“Just because you can doesn’t mean that you should.”

“Just because you are right doesn’t always mean that it is right for you to rebuke the one who is wrong.”

“Just because you can fit into something doesn’t mean that it fits you.”

And last but not least,

“The righteous don’t have to shout about their righteousness. Their actions speak for them.”

We are living in the age of the prophetic. That is to say THE ENDTIME where what was prophesied regarding man’s rebellion against God and His divine order is coming to pass in our lifetime.  (Unlike what the false prophets call the prophetic) There is no time left.  The kingdom of God is literally at hand.  And it is the Kingdom message that I am totally concerned with.  I sleep eat, drink, talk, think, dream, walk the message of Repentance, Obedience and Submission. God is the BOSS.  And I am happy to work for Him.  There is nothing mankind can do for me that my God cannot supply. The Lord has provided and continues to provide.

I was once a slave to religion, denominationalism, theology, societal trends and political correctness. But I have been set free by the TRUTH. I am free and I am never going back into slavery again. Although my way may be rough, I have joy. Although my friends may be few, I have a better friend in Jesus. Although I live in poverty, I am rich in the Kingdom of God. I have the hope of eternal life in Christ Jesus because I do those things that please God and bring Him Glory. I have no love for the world for the love of the world is enmity against God. My eyes are cast toward Heaven where my treasures are stored.

I thirst but water doesn’t quench my thirst. I hunger but food doesn’t satisfy me. My flesh and my heart fail but medicine doesn’t revive me.  God is the strength of my heart and my portion forever.

This Ain’t Personal. It’s The Truth!

Umm?  I understand your hesitation.

However, let’s see what the Spirit says about this.

A man must never wear women’s clothes. Whoever does this is disgusting to the Lord your God…Although they know God’s judgment that those who do such things deserve to die, they not only do these things but also approve of others who do them… and The Spirit says clearly that in later times some believers will desert the Christian faith. They will follow spirits that deceive, and they will believe the teachings of demons.  These people will speak lies disguised as truth. Their consciences have been scarred as if branded by a red-hot iron. 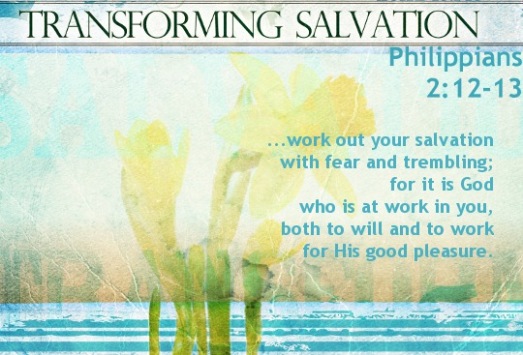 It has been a while since I’ve written on this page of my blog.

I mostly end up writing articles that are published as posts and shared on my FaceBook wall and other blog sites.  But today, I want to muse just a little about the potential for a massive salvation experience.

I realize that what I am about to say is almost unimaginable to the average believer but I must believe that it is possible because God has revealed it to me.

If we can just get those surreptitious pastors and preachers who are currently heading churches and ministries to confess and admit that they have the education but not divine revelation; they have intellectual knowledge but not divine wisdom; they know how to preach about God but they don’t really know God;  if we can just get those pastors to repent and be baptized in the name of Jesus Christ and indwelt with the Holy Spirit of God, then they could actually help lead thousands and possibly millions to genuine salvation.

It can be done.  However, they would have to practice the humility that they preach about so vehemently.  They would have to become submissive and obedient to God’s commandments in the same manner that they teach others to be toward them.  They will have to renounce their denominational loyalties and profess unwavering loyalty to Christ and the Kingdom of God.  They may have to sell their riches and give it to the poor in order to have riches in heaven.  They may even have to live in relative poverty for the sake of the Kingdom of God.  But I wonder how many, if any, would actually do what is commanded by God to do in order to save themselves and others?

God so loved the sinner that He gave all that He had to bring the sinner out of darkness into His marvelous light.

The question that God is asking us today is “Can you love like God?  Do you have the love of God dwelling within you?  What will you give up for the sake of the salvation of others?   If you are already struggling with these questions, you may need to revisit how you were saved and just what spirit is directing your life?

God has said through His actions that nothing is too much of a sacrifice for the saving of lost souls.  Jesus said,“I am the good shepherd. The good shepherd gives His life for the sheep.” (John 10:11)

And finally, the Word of God admonishes us by saying:

“Let this mind be in you which was also in Christ Jesus.”  (Philippians 2:5) 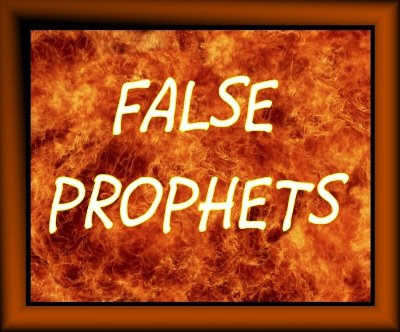 The Lord has revealed to me by His Spirit and through His Word that there are those who are saying that they are called to preach when God has not called them.  God has not said anything to them nor has God anointed them to carry His Word.  Some are gifted orators, eloquent speakers and persuasive motivators but they are not God’s preachers.  They use the excuse that they were “called” to get their church or denomination to license and ordain them as a preacher in the hope of being assigned and/or awarded a church and congregation.  Their validation and qualifications as a preacher are usually determined by their education and denomination’s indoctrination.  As long as they adhere to, practice and promote the theological and political doctrine of their denomination or church, they are considered good qualified candidates for a pastorate.   But if they deviate from the accepted norm of their denomination or church – if they dare to call their denominational beliefs into question by preaching God’s anointed and revealed Truth – if they dare challenge the churches erroneous practices with God’s established laws – if they call the church back to biblical Christianity and apostolic integrity – they are cast out as heretics and ostracized.

“It is About Time Somebody Said So…So I Will”

Like most sinful antichrist behaviors do, they begin with subtle tolerances and indulgences that become predilections that lead to eternal separation from God – Damnation.

We are experiencing such subtle attacks on Christian morality, holiness and decency today.

The world and this nation in particular has dissented from Christian morality.  The apostasy is too comprehensive to thoroughly unveil here.  However, one has only to look into the Word of God to see God’s dissatisfaction and summary judgment against the false social religions of the world and the pseudo morality of contemporary Christendom.

It all begins in a subtle manner – by looking innocent and of a good nature – but in the end is the way of eternal death.

There is a way which seemeth right unto a man, but the end thereof are the ways of death. (Proverbs 14:12)

Watch what you watch with the eyes of godly discernment.  Listen with the ears of Holiness and pray always without ceasing that the Lord through the Power of the Holy Spirit may guide your understanding in all things, Amen.

Stand with me as I stand on God’s Holy Word and expose immorality; uncover sin and preach the message that the apostles preached – That Jesus is the living Word of God anointed with the Holy SPIRIT AND POWER.  He was tortured and crucified for our sins…resurrected on the third day by God the Father with all power in Heaven and on earth.  And God gave him a name above every name – appointing Him Judge of the living and the dead that everyone who believes in Him might receive forgiveness of sins through His Name.  And his name is Jesus.