It is the one of the best medicines for your soul.

A wife asks her husband, “Could you please go shopping for me and buy one carton of milk and if they have avocados, get 6.”

A short time later the husband comes back with 6 cartons of milk.

The wife asks him, “Why did you buy 6 cartons of milk?”

He replied, “They had avocados.”

If  you’re a woman, I’m thinking you’re going back to read it again!

Men will get it the first time.  My work is done here.

An old preacher was dying. He sent a message for his IRS agent and his Lawyer (both church members), to come to his home. When they arrived, they were ushered up to his bedroom. As they entered the room, the preacher held out his hands and motioned for them to sit on each side of the bed. The preacher grasped their hands, sighed contentedly, smiled and stared at the ceiling. For a time, no one said anything. Both the IRS agent and Lawyer were touched and flattered that the old preacher would ask them to be with him during his final moment.

They were also puzzled because the preacher had never given any indication that he particularly liked either one of them.

Finally, the Lawyer asked, “Preacher, why did you ask the two of us to come?”

The old preacher mustered up some strength, then said weakly, “Jesus died between two thieves, and that’s how I want to go, too.

Proverbs 17:17 may  say that “A friend is always loyal, and a brother is born to help in time of need” … But 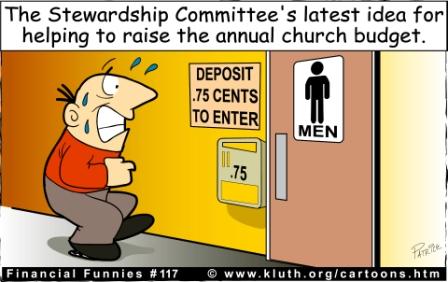 OK, hopefully this joke isn’t too outrageous or offense. But if it is, get over it.

A little old lady goes to the doctor and says, “Doctor I have this problem with gas, but it doesn’t bother me too much… my farts never smell, and they’re always quiet.  But I’ve been doing it very often.”

The doctor asks her to explain more, and the old lady says, “In fact, I’ve farted at least 20 times since I’ve been here in your office.  You probably didn’t know I was farting because they don’t smell and they’re silent.”

The doctor says, “I see, take these pills and come back to see me next week.  “The next week the lady comes back.

“Doctor,” she says, “I don’t know what the heck you gave me, but now my farts…although still silent…stink terribly.”

The doctor says, “Good!!! Now that we’ve cleared up your sinuses, let’s work on your hearing.”

Q.   Who was the greatest female businessperson in the Bible?
A.   Pharaoh’s daughter. She went down to the bank of the Nile and drew out a little prophet. (profit)

Q.   Who is the shortest person in the bible?
A.    Bildad the Shuhite (shoe-height). Nehimiah (Knee-high-miah) was a close second.

Q.   When was meat first mentioned in the Bible?
A.   When Noah took Ham into the ark.

Q. How long did Cain hate his brother?
A. As long as he was Abel.

Q. At what time of day was Adam created?
A. A little before Eve.

Q. Why did God create Adam first?
A.  Because He didn’t want any advice on how to do it. (my wife likes that one…sorry any feminists out there).

Q. Where is the first math homework problem mentioned in the Bible?
A. When God told Adam and Eve to go forth and multiply.

Q. Why did Noah have to punish and discipline the chickens on the Ark?
A. Because they were using “fowl” language.

Q: Where is medicine first mentioned in the Bible?
A: When God gave Moses two tablets.

Q: How do we know that cars are in the New Testament?
A: Because Jesus was a car-painter (carpenter)!

Q: What’s the best way to study the Bible?
A: You Luke into it.

Q: How do we know that a lot of people in the Bible used fertilizer?
A: Because they always said, “Lettuce spray.” (Let us pray).

Q. What kind of man was Boaz before he married Ruth?
A. He was Ruthless.

Q. What do they call pastors in Germany ?
A. German Shepherds.

Q. Who was the greatest investor in the Bible?
A. Noah: He was floating his stock while everyone else was in liquidation.

Q. What kind of motor vehicles are in the Bible?
A. Jehovah drove Adam and Eve out of the Garden in a Fury. David’s Triumph was heard throughout the land. Also, probably a Honda, because the apostles were all in one Accord.

Q. Who was the greatest comedian in the Bible?
A. Samson. He brought the house down.

Q. What excuse did Adam give to his children as to why he no longer lived in Eden?
A. Your mother ate us out of house and home. (literally).

Q. Which servant of God was the biggest lawbreaker (sinner) in the Bible?
A. Moses. He broke all 10 commandments at once. (throwing the stone tablets)

Q. Which area of Palestine was especially wealthy?
A. The area around Jordan the banks were always overflowing.

Q. Who is the greatest babysitter mentioned in the Bible?
A. David. He rocked Goliath to a very deep sleep.

Q. Which Bible character had no earthly parents besides Adam and Eve?
A. Joshua, son of Nun. (None)

Q. Why didn’t they play cards on the Ark?
A. Because Noah was standing on the deck.

I hope you enjoyed these funny biblical jokes. Laughter is the best medicine, and hopefully I just added years onto your life by giving you some laughter. Just always remember to place God first, and follow His will in all things.

Don’t forget to laugh at yourself.

Here are four questions along with a bonus question. You have to answer them instantly. You can’t take your time, just answer off the top of your head.

You are participating in a race. You overtake the second person. What position are you in?

Answer: First? Wrong! If you overtake the second person and you take his place, you are second!

If you overtake the last person, then you are…?

Answer: If you answered that you are second to last, then you’re wrong again. It’s impossible to overtake the last person.

Did you get 5000? The correct answer is actually 4100. Don’t believe it? Check with your calculator!

Answer: Nunu? Of course not. Her name is Mary. Read the question again.

Bonus Question (this one is really easy):

What was the name of the bus driver?

What do you mean, “How could I possibly know that?” For crying out loud, don’t you remember? It was YOU!

On the bright side, you are not alone.  I failed this test too.  Pass this on and see who else’s light bulb is burning dim.

You may share your funny story or joke by completing the form below. Remember to keep it clean.